The five principal Payment Systems operating in the United Kingdom are:

Additionally, there are the main Card Operators (Visa and MasterCard).

Collectively, these systems are designated by HM Treasury under the 2013 Financial Services (Banking Reform) Act and, as such, fall under the regulatory powers of the new Payment Systems Regulator.

Bacs, CHAPS, Faster Payments and LINK are also Recognised by HM Treasury as electronic Payment Systems under the 2009 Banking Act and therefore also fall under the Financial Market Infrastructure Supervision responsibilities of the Bank of England.

Characteristics of each Payment System

Bacs was established in 1968 and is responsible for the operation of the Bacs Direct Credit and Direct Debit Schemes in the UK.  It handled over 6 billion transactions in 2015 with a monthly value of approximately £380 billion (a rise of 4% on the preceding year).   Direct credits are often used by companies to pay their employee salaries.

CHAPS is the UK’s High Value Payment System and, whilst accounting for only 0.5% of the volume of payments transacted in the UK each day, it accounts for 92% of the value transmitted.  It is the only guaranteed same day payment system operating in the UK.  In 2015, over £68 trillion pounds was processed by CHAPS.   Very few transactions on behalf of individuals are processed by CHAPS.  Of these, most are associated with house purchases or transactions that exceed either the £250,000 Faster Payment limit or the limits set by the Banks participating in Faster Payments.   As CHAPS settles directly across the Bank of England’s Real Time Gross Settlement (RTGS) system, its operating hours are tied exactly to the Bank of England’s operating hours.

Up until November 2017, CHAPS was operated by CHAPS Clearing Company Ltd.   It was then transferred to the direct operation of the Bank of England.

CHAPS’ webpage at the Bank of England can be accessed here

Cheque and Credit volumes have steadily declined over the past decade as more and more individuals and companies use electronic means for sending payments.  2015 volumes (438 million cheques and credits processed) continued this trend being down some 13% on 2014.   A major initiative is now underway in the UK to introduce cheque imaging which should enable the total clearing cycle to be substantially reduced from the six days it currently takes.

Faster Payments is the UK’s newest core Payment System.  Launched in 2008, its volumes and values processed continue to grow steadily and, in 2015, it handled over 1.2 billion payments (an increase of 14% on the previous year).  From an end customer perspective, it operates on a near 24/7 basis, 365 days a year. Payments are, for the most part, transmitted in under two hours (if not in seconds) but can take up to the end of the next working day depending upon the sending and receiving institutions dealing with the transaction.  Whilst there is a £250,000 maximum payment limit set by Faster Payments, there is often a lower transaction limit set by the Financial Institutions that are Direct Participants in the system.

LINK is the Member owned and controlled scheme responsible for the network connecting the UK’s cash machines.   It provides the operational service which connects card issuers and cash machine operators.  In 2015, 2.8 billion cash withdrawals took place totalling £128 billion.   In July 2015, the total number of cash machines located in the UK exceeded 70,000 for the first time.

The following table lists those Financial Institutions that Directly Participate in the main UK Payment Systems (up to date as at December 2016).   If the institution that you bank with is not listed below then payments you send and receive within the UK will take place on an “Indirect” basis where your banking institution will, itself, make use of the payment services offered by one or more of the institutions below. 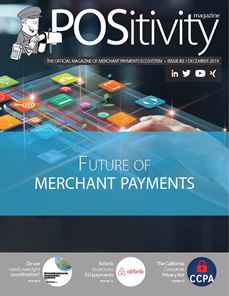